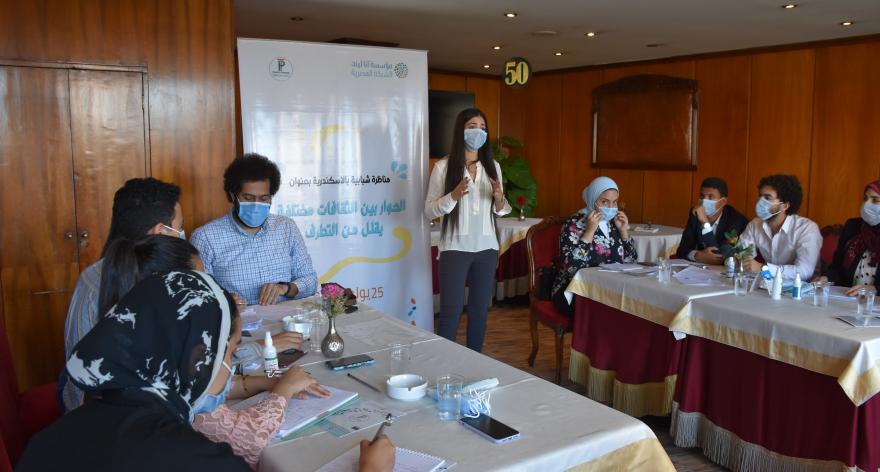 Egyptian Network of the Anna Lindh Euro-Mediterranean Foundation for the Dialogue between Cultures, organized a youth debate entitled "Dialogue between different cultures reduces extremism" which held in Alexandria, attended by the youth from civil society institutions in Alexandria and Delta, the debate format provided a very good platform for two teams , one of them supporting the issue and the other team being the opponent of the issue. The supportive team started presenting the issue and defining concepts related to dialogue and extremism through the UN definitions, as well as identifying the axes on which its strategy will be based to prove the issue.

The opposing team presented its examples and arguments that dialogue may lead to an increase in extremism, and that is what is happening in terrorist groups. Each team worked to clarify its point of view with arguments and proofs, while clarifying that criticism is for the idea and not for people in raising the idea of constructive dialogue based on acceptance of the other 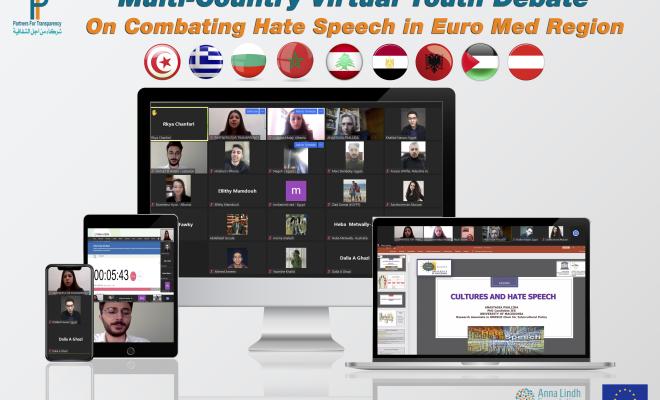 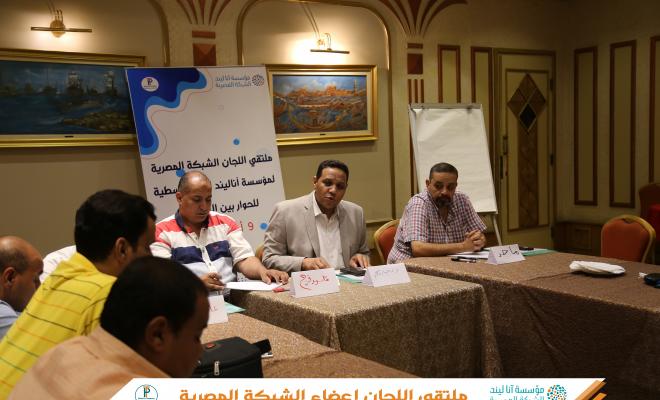 the committees meeting for the members of the Egyptian network 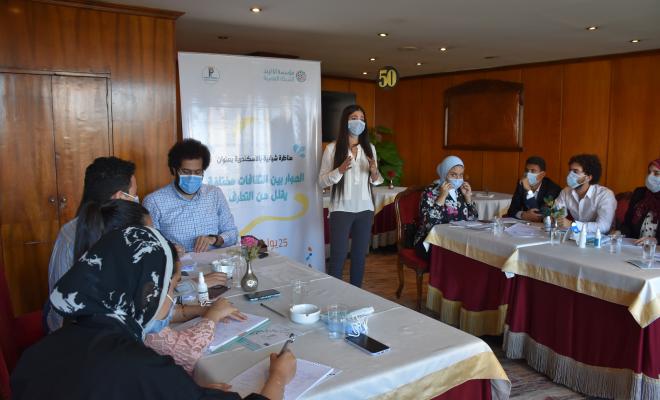 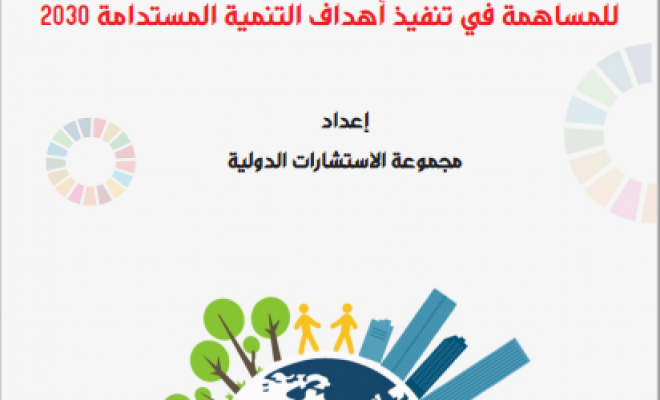 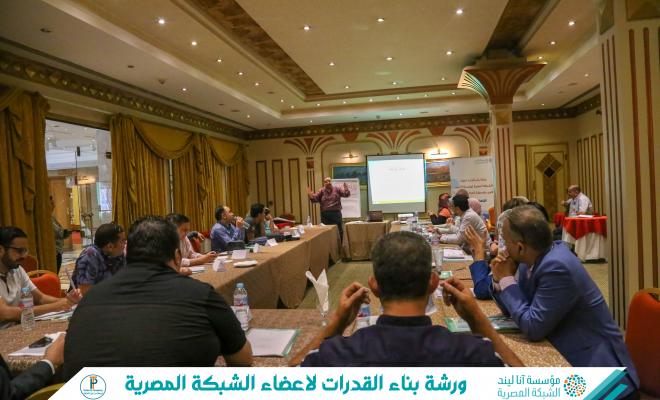