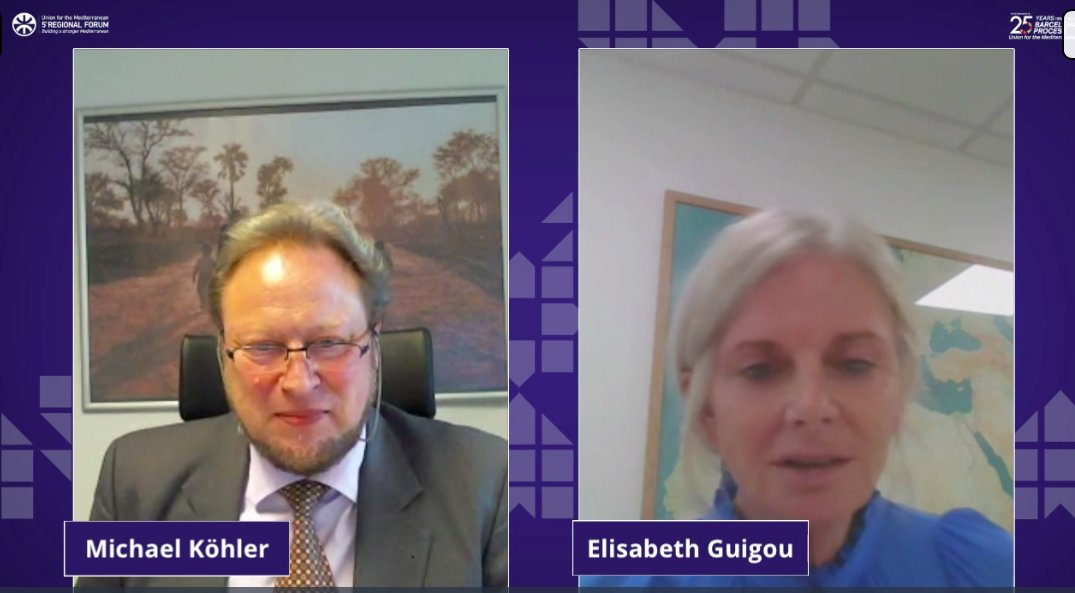 The President of the Anna Lindh Foundation, Madame Elisabeth Guigou, and Executive Director Dr Nabil Al Sharif, attended the Fifth Edition of the UfM Regional Forum celebrating the 25th Anniversary of the launch of the Barcelona Process, where UfM Ministers of Foreign Affairs reaffirmed their strong commitment to its values and principles and renewed their commitment to enhance cooperation in the region in the interest of peace, stability, development, and shared prosperity. Foreign Ministers also declared the 28th of November as the Day of the Mediterranean to foster a common Mediterranean identify and increase the visibility and ownership of regional cooperation.

Madame Guigou also highlighted the Anna Lindh Foundation work since its establishment 15 years ago which was the first EuroMed institution created in the framework and for the EuroMed Partnership, connecting and creating a social bond between people from North and South of the Mediterranean which is at the heart of all successful political projects.