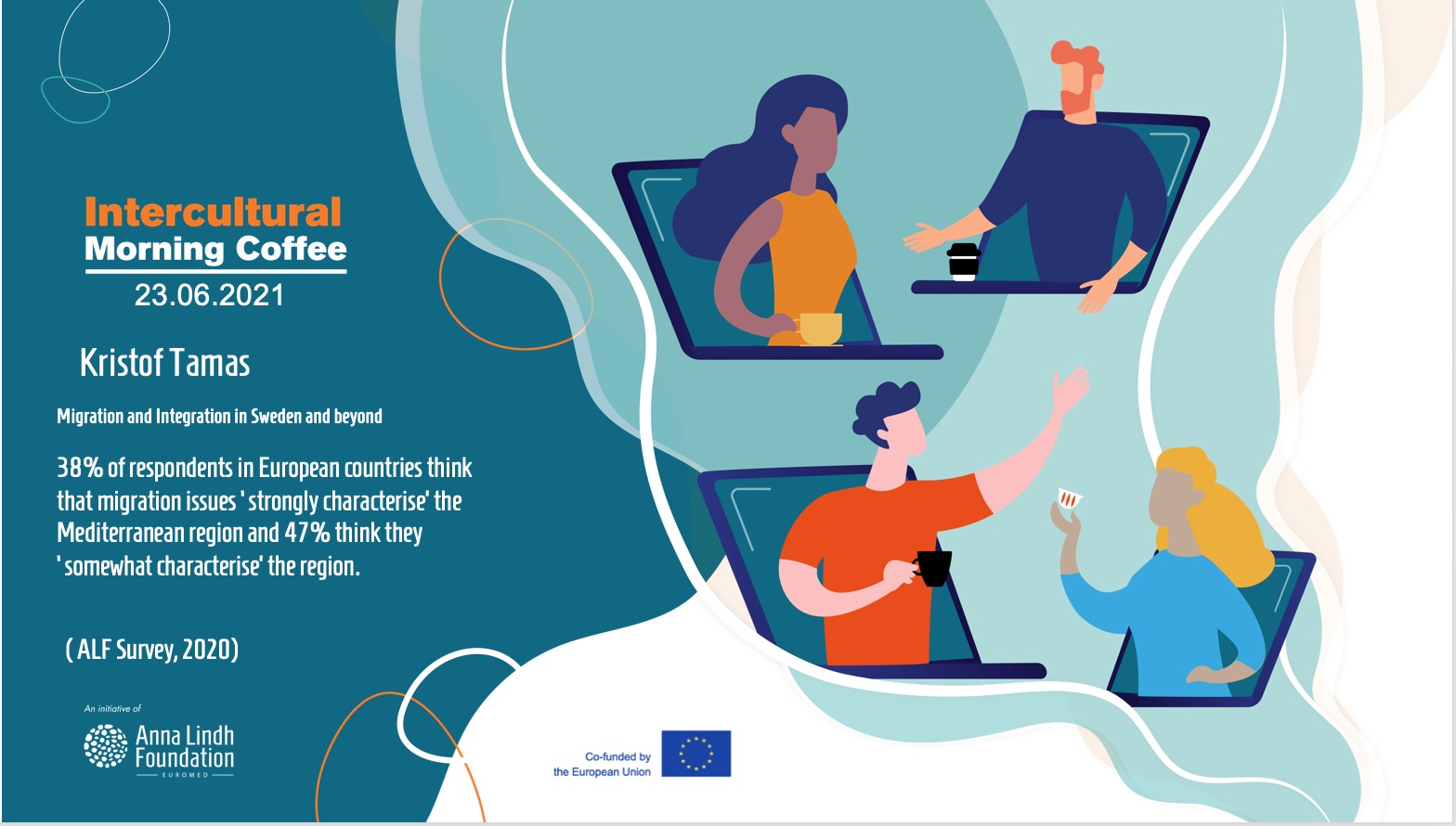 The Anna Lindh Foundation is organizing a series of meetings called the Intercultural Morning Coffee, which brings together researchers, journalists, and civil society to discuss up-to-date issues over a cup of coffee in the mornings.

The next Morning Coffee, on the 23rd of June, from 09:30 CET am to 10:00 CET am explores intercultural relations in Sweden - an interesting case that has received much coverage in the media and is also included as a case study in the fourth edition of the Anna Lindh Intercultural Trends Report.

Sweden has welcomed a significant number of refugees and migrants over the last number of years and it’s also among the most tolerant countries according to the 2020 Anna Lindh Survey. However, trust is not guaranteed, and while social solidarity remains strong in Sweden, increased diversity since the mid-2010s seems to have decreased mutual trust and cohesion, according to Kristof Tamas, Senior Adviser at the Ministry of Justice, inter alia in charge of the implementation of the Global Compact for Migration in Sweden.

Considering these observations and the media coverage of Sweden one may ask what civil society in Sweden and other countries in the Euro-Mediterranean could do, in order to promote diversity, dialogue-driven media coverage, and a nuanced public debate on diversity and integration.