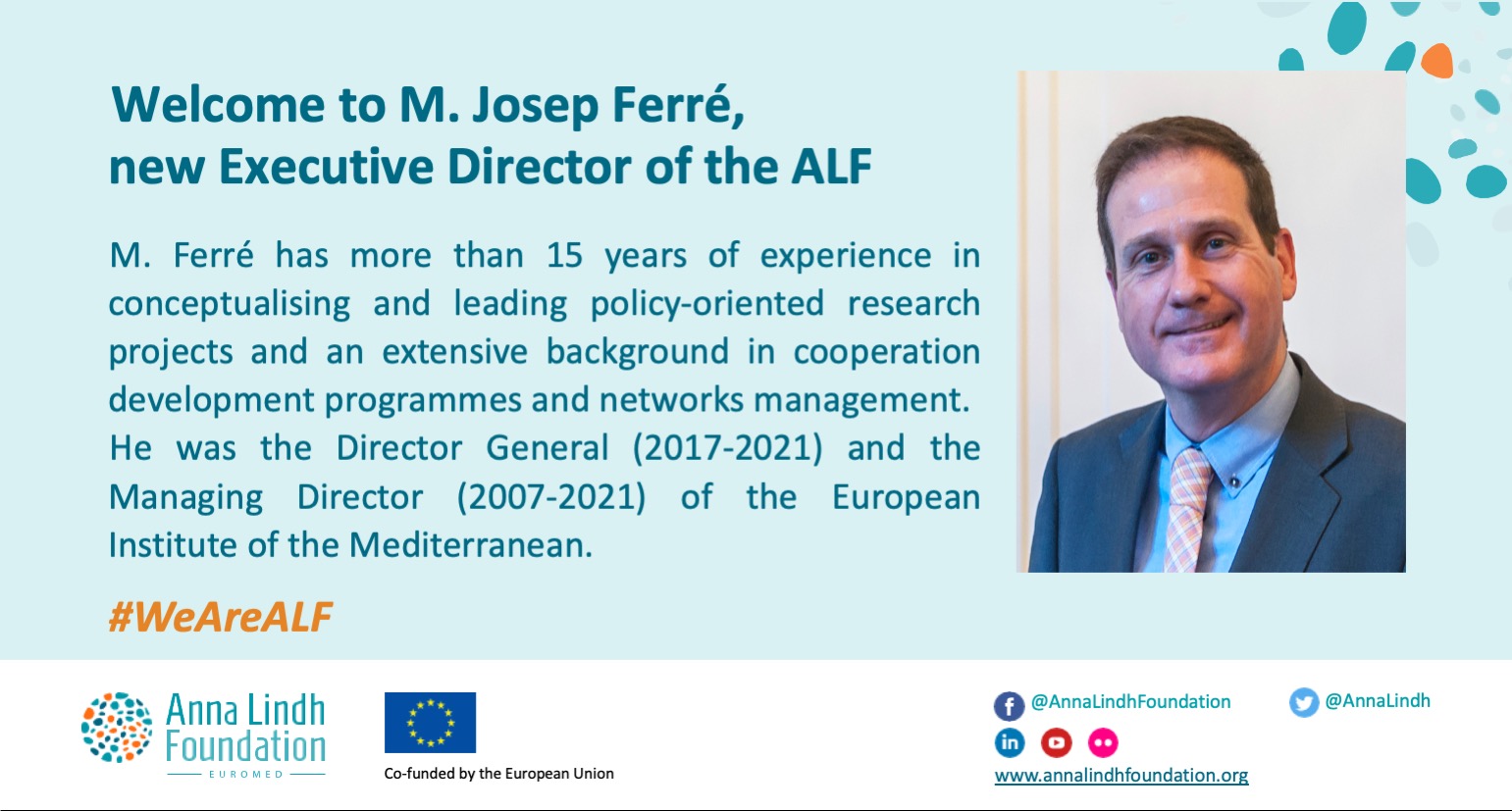 M. Ferré has more than 15 years of experience in conceptualising and leading policy-oriented research projects and an extensive background in cooperation development programmes and networks management.

He has coordinated numerous publications related to the main issues of the Euro-Mediterranean agenda. He was the Director General (2017-2021) and the Managing Director (2007-2021) of the European Institute of the Mediterranean. He was the Director General of the Spanish branch of the African Medical and Research Foundation (AMREF) (2004-2006) and the Executive Secretary of the Azahar Program of the Spanish Agency for International Development Cooperation (AECID) (2001-2004), promoting sustainable development in the Mediterranean. He also worked as Head of Mission of the Spanish International Cooperation in Mauritania (1999-2001) and Programme Coordinator at the Technical Cooperation Office of the Spanish Embassy in Morocco (1995-1999), where he also held a position of Deputy Market Analyst at the Economic & Commercial Office (1994-1995). Josep Ferré is an agronomical engineer.

M. Josep Ferré will take office on 1st of September 2021.