Telephone
07534322806
E-Mail
info@0161festival.com
Organisation Type
Non-Governmental Organization
Year of Establishment
2014
Fields of Activity
General Information
We are an anti-fascist / anti-racist benefit community festival group. We have a committee based organisation with around 10-15 people involved at an organising level. We have one strict main project in the middle of the year but also organise football and other sporting events around the year.
Mission and Objectives

To bring people from the community together through festivals and other creative events.
To give people from all over the world a platform to perform and share their ideas.
To assist people in everyday struggles and to help give them a productive outlet.
To celebrate diversity throughout the community.

Our main event is 0161 Festival in June but we are also involved in football and other sporting events. As well as this we run a political walking tour in Manchester.

To create a public memorial sculpture
A permanent, public sculpture in Huddersfield commemorating the Jews and other minorities(1) killed in the Holocaust, and continuing genocides(2).
With a connected programme of information, education and live events, exploring the connections between the Holocaust and the experience of persecuted minorities in the world today, especially those people who seek sanctuary in our community.
Note1: Other Minorities: The Roma and Sinti (Gypsies), the disabled, homosexuals, trade unionists, conscientious objectors, Jehovah’s Witnesses, opponents of the Nazi regime and the destitute.
Note 2: Genocide: The deliberate extermination of a minority. Genocides since World War II have taken place in countries including Rwanda, Cambodia, Bosnia and Iraq.

The Story of 6 million+
In 2005, we initiated a project to collect over 6 million buttons to illustrate the industrial scale of the Holocaust and other genocides. The public collection began in West Yorkshire, but word soon spread and many of the buttons were collected regionally, nationally and even internationally. Leeds based artist Antonia Stowe was commissioned to design the installation for Huddersfield Art Gallery. 6 million+ had a huge impact on visitors and toured nationally for the next five years to places including Ripon Cathedral and Brent Cross Shopping Centre in London.
The project has involved thousands of young people, community groups and individuals in the process of collecting buttons and thinking about genocide and discrimination. The installation included a film featuring conversations between Holocaust survivors and asylum seekers and poetry written in response to their experiences.

We deliver engaging communications campaigns that frame and reframe narratives, relate compelling human stories, and stimulate conversations and activity. We do this to influence attitudes and change behaviours for positive social impact.
Accadian applies five key values in everything that we do. We are:
COLLABORATIVE
CONNECTED
RESPECTFUL
PRINCIPLED
COMPETENT

Accadian was founded to deliver effective research and communications in the most challenging environments, drawing on the deep experience of its founders. Our work spans projects in Europe, Africa, the Middle East and South Asia.
As an independent agency, focusing on a specialist sector, and with the ability to draw on a broad network of associates and specialists, Accadian offers an approach that is nimble, professional and cost-effective.
We partner with individuals and organisations that provide our clients with effective reach and influence among any target audience or community, while conforming to Accadian’s core values, processes and standards.

Telephone
+44 (0)7957309022 (Stewart Deas)
E-Mail
stewart@accentuate.uk.com
E-Mail (2)
rick@accentuate.uk.com
Website
http://www.accentuate.uk.com
Organisation Type
Private Company
Year of Establishment
2010
Fields of Activity
General Information
Accentuate is a private limited company based in the north east of England, with two full-time members of staff, one part-time administrator, and a number of independent consultants and associates. Sources of funding are primarily the EU-funded programmes, as Accentuate's focus is on trans-national projects, seminars and exchanges. We have an extensive range of partners, both in the UK and across the EU and its candidate countries.
Mission and Objectives

Accentuate is a UK-based organisation focused on supporting businesses, education and training providers, charities and young people in the north east of England. Our aim is to improve employability amongst young people in the region by supporting these organisations to create links, partnerships and projects in the EU. In order to achieve this, we provide work and life experience for young people through placements in other countries, and we support north east-based schools, education and training providers and charities in the development of innovative projects, enabling them to offer a better service to learners and service users.

Our main projects and activities are associated with EU funded programmes, focusing on the development of young people’s skills and learning, and promoting awareness of cultural diversity in the local community.

We wish to join the ALF network because we are in sympathy with its aims and objectives, and believe that our activities should strive to make links with the non-EU countries of the Mediterranean basin, and in particular enable the young people of the UK to interact with their peers in that region, in order to extend and develop inter-cultural understanding and co-operation.

ActionDog is dedicated to training individuals and organisations to express themselves using digital media. We also develop and publish audio-visual software applications which are fun, educational and stimulating. Since our launch in 2000, our software products and training services have inspired thousands of people every year from a wide and varied client list. ActionDog’s experienced and committed staff of industry professionals delivers high quality training designed to inspire and energise. Our groundbreaking educational software Cinematrix 3 provides the user with the unique experience of mixing music and video in real time. It can bring together many multimedia tools already being used in schools. This produces impressive results instantly and easily. ActionDog's company ethos is to encourage people to ACHIEVE, INNOVATE and CREATE. As such we aim to continue to deliver and develop quality products, projects and services.

ActionDog has worked with thousands of young people in projects all over London and the UK, including the following:

"Corporeal Cacophony" - inspired by a Honda TV commercial, an animation film with a vocal soundtrack of the deterioration of the human body through smoking, poor diet and lack of exercise (2007)

Tower Hamlets - ActionDog worked in partnership with the Idea store in Whitechapel to deliver music and video programmes to young people throughout the year, including after-school and holiday projects (2006-7)

"Trust" - a film made by the young people of Hackney, exploring topics such as postcode/ territory issues, relationships with the local police and life as a young person in the area (2006)

Telephone
+44 (0)7841873277
E-Mail
georgina@ahdaf.org.uk
E-Mail (2)
jamal@ahdaf.org.uk
Mobile Phone
+44 (0)7841873277 (Georgina Saad)
Mobile Phone (other)
+44 (0)7988049890 (Jamal Saad)
Website
http://www.ahdaf.org.uk
Organisation Type
Non-Governmental Organization
Year of Establishment
2007
Fields of Activity
General Information
Ahdaf is a registered charity and is run by three co-founding trustees who receive no payment for their work. At present Ahdaf has no employees. The main activity is to provide scholarships for Palestinian students to come to the UK, and to support them through a mentoring programme. The students conduct voluntary projects in their community. The students who are supported by Ahdaf are considered members of the organisation and contribute through their own voluntary projects as well as through involvement in the annual selection process of new students. Students also contribute their opinions about how Ahdaf is run and their views are taken into account when decisions are made. Ahdaf has an investment portfolio and the interest generated from this provides our only income currently. We intend to start a fundraising programme to supplement this.
Mission and Objectives

connect youth across Palestine to promote co-operation and collaboration

Provides scholarships to study for an undergraduate degree

Supports students to develop and shape their communities through voluntary projects

Empowers youth to develop as active members of society who can influence their communities through positive action, building a strong and cohesive civil society

Ahdaf is unique: no other organisation that works with youth in Palestine operates in the way Ahdaf does, and its structure ensures that the students are at the heart of its development. Students and alumni are members of Ahdaf and contribute their energy and direction to help us shape what we do. We are keen to share our own experiences and ideas with others, helping us all to develop and grow, and to improve the work that we’re doing.

We hope joining the network will offer us a number of benefits, including the potential to offer our students access to other opportunities to help support their work in Palestine, improving our own networking opportunities, linking us with other organisations working in areas of youth empowerment and community development, and increasing opportunities to learn from others to broaden our knowledge, skills and understanding.

The Company is a not-for-profit organisation established to:

Promote the dialogue between different cultures and support the critical debate on issues related to migration through arts and education;

Develop activities based on cross-fertilisation between different art forms and disciplines, aesthetic experimentation and technological innovation;

Deliver educational activities and community engagement programmes through the arts and the use of new media;

Promote research and development into any aspect of the objectives of the Company and its work and disseminate the results of any such research for the public benefit.

The organisation is currently developing an educational and outreach programme called "The Living Archeology of the Place" as part of "Streets of...", an international visual arts project which explores the everyday life of seven cities around the world to uncover the traces left in the human body by three migratory journeys - the Indo European migrations, the Transatlantic Slave Trade, and the Silk Road.
“Streets of…” was first conceived by Alda Terracciano in 2004 and aims to be exhibited as a video audio installation in 2012 in London as part of the Cultural Olympiad, in conjunction with other international venues. "Streets of..." also aims to be presented in 2013 as part of the Universal Forum of Cultures in Naples (Italy). “The Living Archeology of the Place” programme is currently developed in collaboration with art galleries, community centers and educational organisations based in the seven cities that are explored in the “Streets of…” project, and will culminate in an exhibition of material recorded, submitted and produced by members of the communities, young people, international artists and the general public during its production.
The aim of the programme is to stimulate professional development and confidence in the participants, wider understanding of issues related to migration, and the creation of stronger links across generations. "The Living Archeology of the Place" exhibition will also increase older people's emotional well-being by giving them a sense of full participation in the creation of contemporary cultural trends. The exhibition and digital media labs created in each city will give an opportunity to the participants to take their ideas forward for new creative outcomes, while facilitating public debates on issues related to migration, arts and cultural diversity in the Europe. 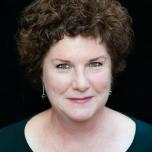 Professor of Media Studie at the Department of Political Science at the University of Stockholm. Robertson researches global news, cosmopolitanism and the media, comparative television analysis and narrative with a focus on mediations of protest and social inequalities. She is... 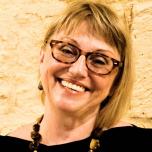 Director of Literature Across Frontiers - European Platform for Literary Exchange, Translation and Policy Debate based in the United Kingdom. Cultural manager, literary translator and editor with interest in the area of literary exchange and translation between Europe and other...