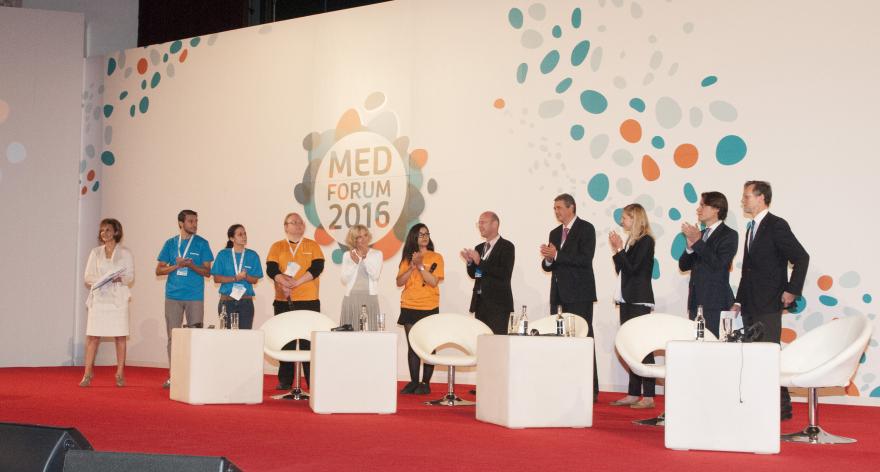 “The Anna Lindh Foundation and the European institutions, with the special role of the forthcoming Maltese Presidency of the European Council, we, together, can ensure that this Forum shapes the policies of the European Union.”

The MedForum process has been a catalyst for collaboration among a broadened network of actors, from youth sector leaders and civil society coordinators to regional institutions and policy-makers.

The initial outputs and documentation of this far-reaching process will be published here:

The preliminary outcomes presented by the ALF Executive Director, Hatem Atallah, based on the work of the intercultural team of MED FORUM rapporteurs:

A sample of news stories published on the back of the main MED FORUM gathering:

THE HUFFINGTON POST: Let's go for dialogue, not division

EU External Action Services: Landmark MED FORUM 2016 in Malta, the largest youth and civil society gathering of its kind for the promotion of intercultural dialogue in the Euro-Mediterranean region

MALTA INDEPENDENT: Malta could be a catalyst for a more unified Mediterranean

Speech of the Minister for Foreign Affairs of Malta, Dr George Vella, at the Inauguration of MED FORUM 2016 on 23rd October:

Opening Plenary of 24th October on “Moving Beyond Extremism: Youth on the frontline: VIDEO

Plenary of 25th October on "Populations on the Move: Leveraging New Opportunities for Dialogue": VIDEO

An overview of the Tweet reach during MED FORUM 2016