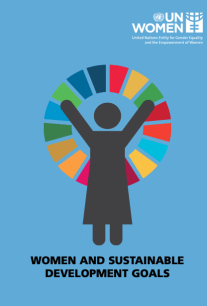 On 25 September, the United Nations General Assembly adopted the 2030 Agenda for Sustainable Development as the agreed framework for international development. It is the successor to the Millennium Development Goals (MDGs). However, unlike the MDGs, the 2030 Agenda presents a much wider scope by deliberately and more fully incorporating economic and environmental sustainability, as well as the aspiration of many countries for peaceful and inclusive societies. The agenda also applies to all countries rather than just the developing countries.

In this regard, the 2030 Agenda for Sustainable Development is more ambitious envisaging the eradication of poverty, the systematic tack-ling of climate change and building peaceful, resilient, equitable and inclusive societies. The Agenda, unlike the MDGs, has a stand-alone Goal on gender equality and the empowerment of women and girls. In addition, there are gender equality targets in other Goals, and a more consistent call for sex disaggregation of data across many indicators.

The publication showcases how women are affected by each of the 17 proposed SDGs, as well as how women and girls can — and will — be key to achieving each of these goals. Data and stories of the impact of each SDG on women and girls is illustrated. UN Women Eastern and Southern Africa region’s efforts and interventions as they relate to SDGs are also discussed under each SDG, including our programmes, intergovernmental work and advocacy for policy change.

This publication is intended to help countries in Eastern and Southern Africa understand and appreciate the linkages between SDGs and women and girls in their localization e orts and in establishing various partnerships and networks that feed into the vision of localizing SDGs at the country and regional levels.