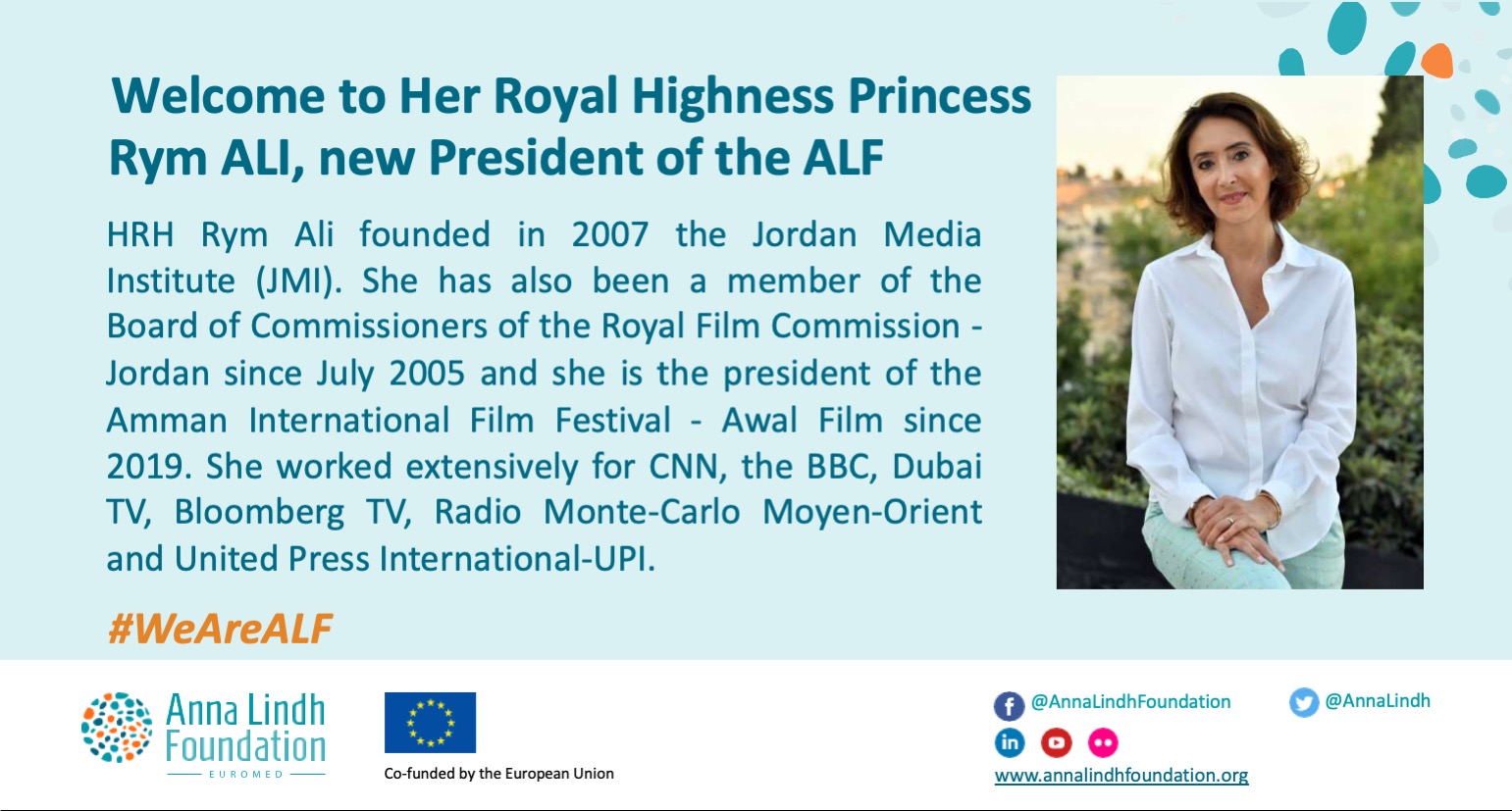 Her Royal Highness Princess Rym Ali founded in 2007 the Jordan Media Institute (JMI), a non-profit institution whose aim is to establish an Arab center of excellence for journalism education (www.jmi.edu.jo/en).

She has also been a member of the Board of Commissioners of the Royal Film Commission - Jordan since July 2005 (www.film.jo) and she is the president of the Amman International Film Festival - Awal Film (www.aiff.jo) since 2019.

Prior to marrying HRH Prince Ali Bin Al Hussein, Princess Rym worked extensively for international broadcasters including CNN, where she began as a producer in 1998 and later worked as a Baghdad correspondent from 2001 until 2004. She had developed her portfolio working for the BBC, Dubai TV, Bloomberg TV, Radio Monte-Carlo Moyen-Orient and United Press International-UPI.

A graduate of Columbia University’s School of Journalism, Princess Rym Ali also holds a “Diplôme d’Etudes Avancées” in Political Studies, specialized in the study of the modern Arab world (Analyse du Monde Arabe Contemporain) from the Institut d’Etudes Politiques in Paris and a MA in English Literature from the Sorbonne.