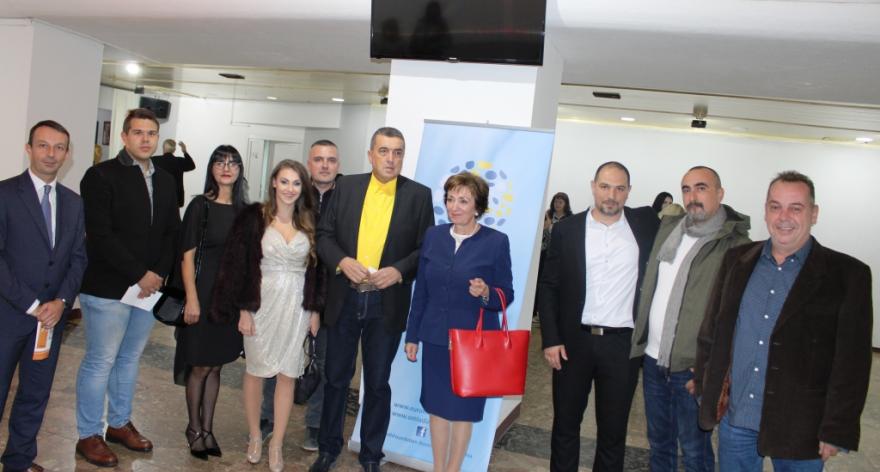 In Bosnia and Herzegowina (BiH), the national ALF Network was established in Tuzla at its first meeting on October 1, 2009. The national Network was established at the invitation of the ALF General Secretariat in Alexandria, Egypt, and on the recommendations of prominent individuals from Italy, France and Spain. Based on the invitation, we sent out a call to organizations based in BiH to join the ALF Network, and on October 1, 2009, ORC Tuzla was selected as head of Network and head office by the members.

Today, the ALF Network in BiH connects 47 civil society organizations and institutions from more than a dozen cities and regions in the country.

Out national network is also steered by an executive board consisting of 8 members with a mandate of two years.

In our 11 years of existence, we have implemented the following activities in addition to regular meetings of Network members and participation in the activities of the international ALF:

We promoted "10 Open Cities in BiH" in the fields of coexistence and multiculturalism. Within these 10 cities (Banja Luka, Bratunac, Bosanski Petrovac, Brčko, Derventa, Jablanica, Milići, Priboj, Prijedor and Tuzla), members of the Network organized public debates attended by representatives of the authorities, national minority associations and citizens.

The BiH Network participated in the selection, translation and promotion of stories from BiH for the international literary competition "Sea of words" which was organized by the European Institute of the Mediterranean (IEMed).

The youth group of ORC Tuzla, within the context of the ALF BiH Forum 2014, has hosted a series of youth workshops titled “Children in the Background”. The workshops aimed at opening interreligious and ethnic dialogues to facilitate peace messages, as well as allowing for the exchange of experiences on peace promotion, diversity and coexistence. However, the main aim was supporting the development and improvement of creative and social skills through encouragement for social activism.

Additionally, we have participated as partners in a large number of ALF inter-Network activities and in activities on project proposals by ALF member states.

Furthermore, the BiH Network is one of the main partners in the international project “Caravan Without Borders” by implementing the DRAFT Theatre Tuzla.

We also participated as partners in an Israeli-Palestinian reconciliation project organized by Combatants for Peace.

In 2017, we participated in the Kimiyya Women Empowerment initiative, including attendance at a conference held in Naples in September 2017.

Bosnia and Herzegovina is a country consisting of two major entities, the Federation of Bosnia and Herzegovina (FBiH) and the Republic of Srpska (RS), and the Brčko District. The entity of the Federation of Bosnia and Herzegovina is further divided into 10 cantons that have their own responsibilities in the field of culture, which are then subdivided into municipalities. Each and every administrative unit has their own responsibility of directing, supporting and facilitating intercultural dialogue. Yet, the civil society organizations existing throughout the country remain leading facilitators of intercultural dialogue.

One reason for this are the repercussions of the 1992-1995 war in Bosnia and Herzegovina, which “segregated” the Bosnian population into separate ethno-religious areas, with somewhat different cultural and social influences in the country.

The government institutions of Bosnia and Herzegovina are divided among ethnic lines and are used to promote ethno-centric social and cultural policies. Even though the government institutions, nominally and declaratively, do support intercultural dialogue, not much has been done in order to break away from ethno-centric social and cultural policies or to facilitate the intercultural, interethnic and interconfessional dialogue. Today, parallel and ethnically segregated educational systems exist in Bosnia and Herzegovina. Additionally, minorities like the constituent people in the Republic of Srpska are denied the right to a language. Apart from three major ethnic groups (Bosniaks, Croats and Serbs), other ethnic minorities are discriminated against in many areas and unable to be elected as the members of presidency under the current constitution of BiH.

Bosnia and Herzegovina provides an unparalleled example of multiconfessionalism in Europe. In this country, people of different religious backgrounds are sharing the living space, including members of the Islamic community, the Orthodox church, the Catholic church, a small Jewish community, and even Protestants.

Religious diversity in the historical and contemporary cultural and social context of Bosnia and Herzegovina is often hard to understand from the perspective of Eurocentric discourse. However, there is also significant potential for establishing ground for intercultural dialogue.

Despite all these and some further obstacles, civil society organizations in Bosnia and Herzegovina exist as a generator of change and as facilitators of intercultural dialogue. The civil society in BiH is comprised of non-partisan, civic minded and democratically oriented non-governmental organizations working in order to strengthen and empower the ever-necessary intercultural dialogue among citizens and especially young people in the country.

Civil society organizations do, and should continue to recognize the potential in Bosnia and Herzegovina as a multicultural and multiethnic community whose population is characterized by spirituality, nobility, respect, understanding, and coexistence. 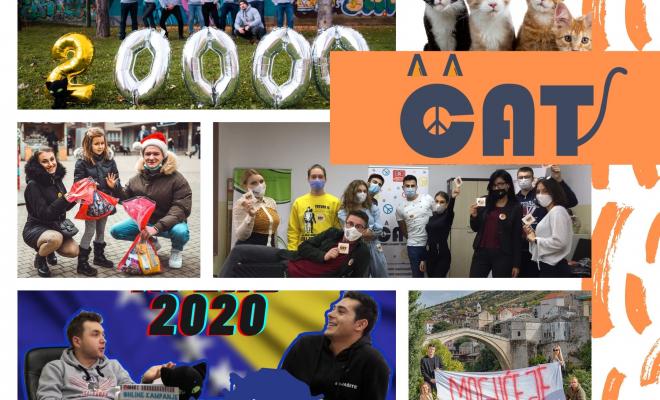