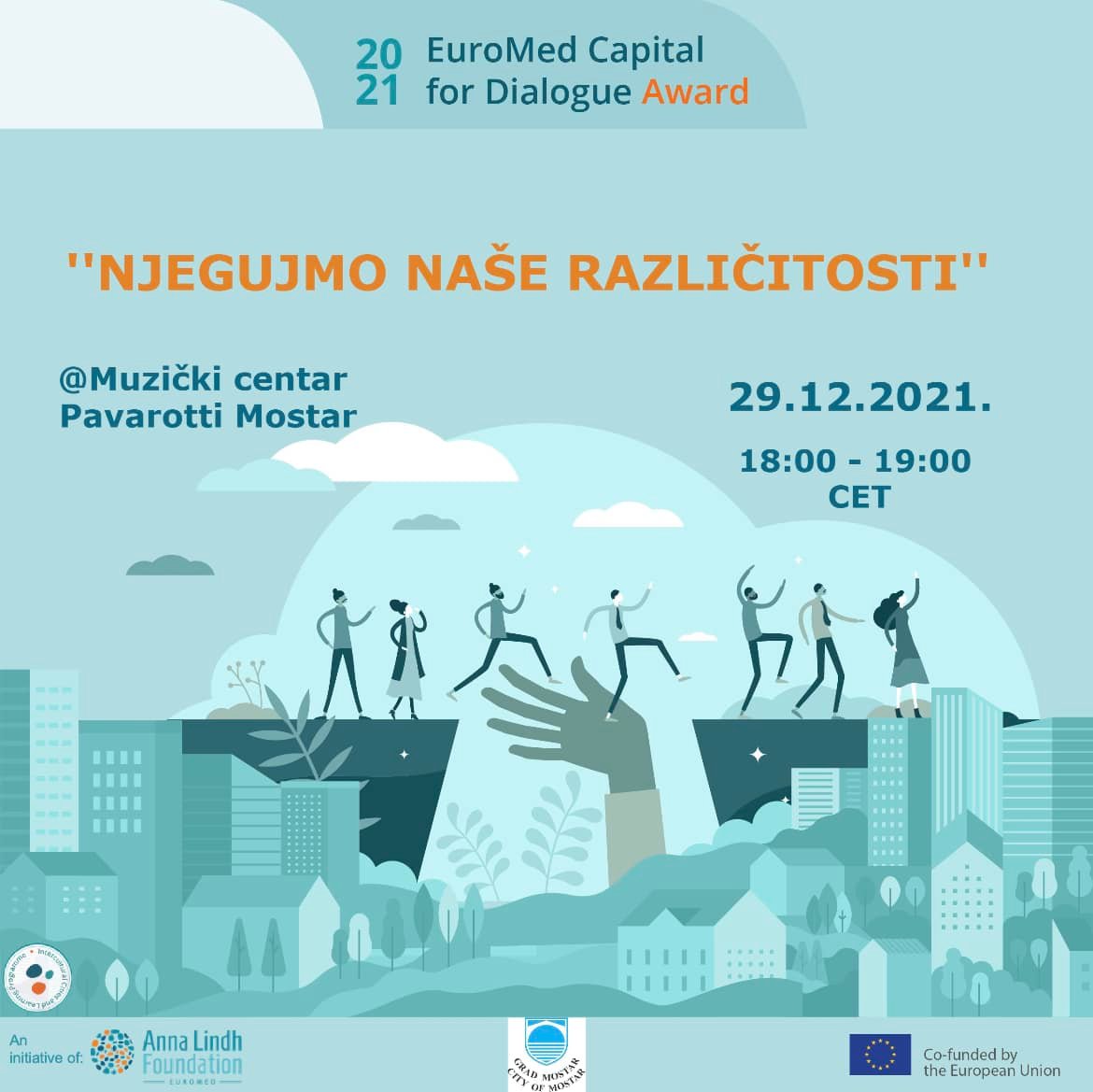 As part of the celebration of the Euro-Med Capital for Dialogue 2021 Award, the City of Mostar held a conference entitled “Cherishing our diversities” on 29 December 2021, 6 – 9 PM CET in the Music Center Pavarotti Mostar in hybrid form.

By organizing the conference, additional space was created for the exchange of examples of good practices from other cities and communities. There was a need to capture the breadth of space and time of other communities and be part of the wider family of intercultural dialogue.

Participants were addressed by the

The announcement of the film "Talking city", which was a part of the Euro-Med Capital for Dialogue 2021 Award, was premiered as part of the conference.

Centuries of building dialogue, living a life of intertwined traditions and customs, and the special effort and effort that Mostar invested in the postwar period, including the process of rebuilding the Old Bridge and rebuilding dialogue between the citizens of Mostar, were ultimately rewarded with this great recognition.

Language of the session: Bosnian/Croatian/Serbian, English

You can watch the recording of the event here.
Please find attached below the Agenda of the Conference.