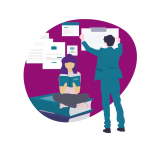 Investigative Journalism in the Arab World - Issues and Challenges

his is the first book that looks into the state and role of investigate journalism in the Arab world. It explores the vital role the media could potentially play in informing and empowering society, to assist in opening up the...

A space for unveiling the minds of young Muslim women

I was once asked: if you were given the choice, would you choose to be born now in the new millennium? I replied: definitely, yes! Not only because I was given the unique chance to witness the end of one...

Telephone
0020403344140
Fax
0020403344140
E-Mail
Bassim-sharkawy@hotmail.com
Mobile Phone
0020101070671
Organisation Type
Non-Governmental Organization
Year of Establishment
2006
Fields of Activity
General Information
1 - Board of Directors: Includes the institutional structure of the Association Board of Directors consisting of 7 members of the Founders and taken into account in the formation of the Governing Council the development of any kind to be among its members women; 2 - Assembly: includes the institutional structure of the Assembly general assembly is composed of sixty member other than the volunteers, including twenty women; 3 - the executive organ of the Assembly and administrative structure: Do not exceed the number of employees the association on the number of 8 employees at the head of this device by an Executive Director; and director of programs for field work and Sustainable Development and the Secretary of the Assembly and the Director of Mali, one In addition to this device Volunteers; 4 - Regulations: The financial system financial manager given the association and is supervised by the Office of the Auditor appointed by the Assembly, where the preparation of budgets, the various cooperation with the Executive Director of the Association and director of programs, field work and sustainable development as the coordinators of the projects to prepare periodic reports on programs that do the work in which, under the supervision of Director of Programs field work and sustainable development. The Assembly adopts the sources of financing, including many bodies, donors and membership fees and campaigns to raise money for the organization to raise money through licenses authorized by law to support their
Mission and Objectives

Vision: Aim of the Egyptians to serve the community and human rights to achieve a prominent place among the associations operating on a local scale through the provision of services, activities and development projects within the Arab Republic of Egypt in order to support the less fortunate of the poor and individuals at risk of poverty and the most vulnerable and their families and to raise awareness and support and to support individuals to the ordinary people of all their social, community and political. 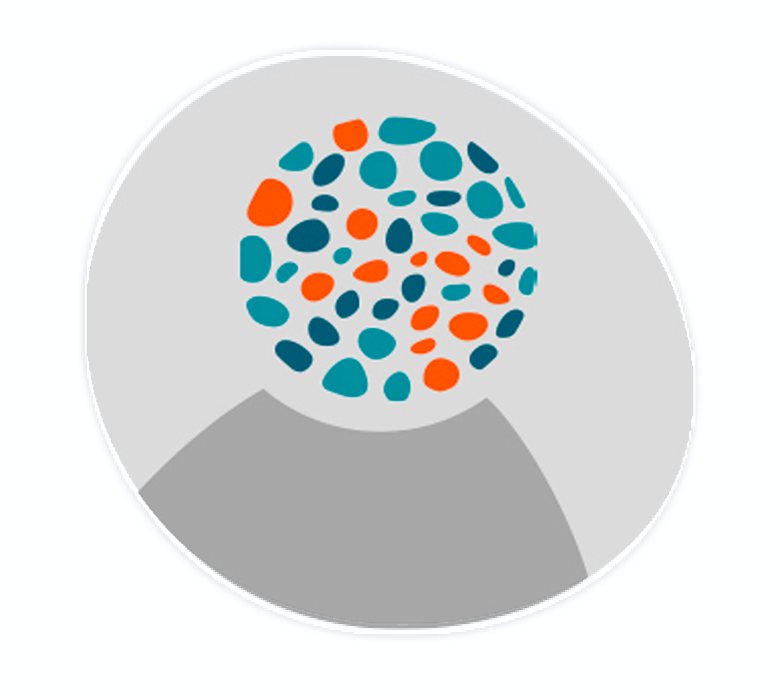 Amr Moussa was the Secretary General of the League of Arab States from 2001 to 2011. With a degree in law from Cairo University, Moussa joined the Egyptian Foreign Service in 1958. Afterwards, he served as Advisor to the Minister...

- Disseminating the culture of tolerance. -Confronting cultural, racial, sex based. -Promoting democracy, the one and only fertile soil for tolerance to flourish. – Confronting discrimination against handicapped people. Enhancing awareness for youth about the concepts of human rights. Target Strata Young people from 15 to 35 years old.

Andalus has four main projects, the first project is "Eye on journalism" it's about monitoring Egyptian newspapers in issues like human rights, tolerance, violation, etc. and how the newspapers deal with these issues, the work of this project is depending on Universal declaration of HR, all international conventions and documents. Second project is on line radio it's a broadcast on the internet aimed to spreading the values of human rights& tolerance among youth by several& variety programs presented also by youth. The third project is "Model of democratic parliament" it's a simulation model on the real Egyptian parliament this activity aimed to increasing awareness to the students in the universities towards the importance of the parliament and it's procedures. The fourth project is "you man rights" it's international training on human rights aimed to create a guide book on teaching human rights for youth. 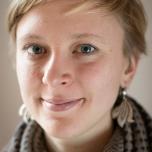 Project Coordinator at the Danish Centre for Culture and Development and the Danish co-Head of Network for the Anna Lindh Foundation. Herholdt has a background within the studies of cultural encounters and international development from Roskilde University in Denmark. Since...

ACT mission is to improve skills of communication in the field of development work , help societal groups to get organized, seek networking with other development groups in Egypt and the Arab world, provide an information database for the different educational resources, build the capacities of women groups and marginalized groups, and activate the political and societal participation for the different categories of societies.

Project on monitoring and changing the image of women and men in media.
for the purpose of monitoring and changing the image of women as handled in media, with a vision to create a society where media value justice, equality and human rights, and represent women as a competent citizen.
projects on fighting violence against women
which included a number of activities, such as awareness raising, teaching skills needed for listening centres staff, and implemented many seminars and the press conferences on the issue, and on the International Day for Women.

Disseminating culture of human rights among the citizens at all levels/ Promote women's rights as an integral and complementary part human rights and raising awareness among Egyptian women /Respect for human dignity and rights, whether civil, political, economic, social and cultural /reforming Egyptian legislation, regulations and administrative practices to comply with the agreements and conventions of human rights

Telephone
01065524255
E-Mail
aefl2008@yahoo.com
Mobile Phone
01065524255
Website
http://www.aefl-law.org
Organisation Type
Non-Governmental Organization
Year of Establishment
2008
Fields of Activity
General Information
Association of the Egyptian Female Lawyers (AEFL) is a registered NGO with the Egyptian Ministry of Social Solidarity (#3236) with the mission of activating women’s political participation and supporting women’s legal and political rights that approved by national law and international conventions. Vision: AEFL is seeking to create Egyptian women who can defend their rights and work to spread values of gender equality, justice, and freedom within Egyptian society through awareness programs, research studies and networking with governmental and non governmental institutions concerned with women issues. Mission: AEFL works towards spreading the values of gender equality, justice, and freedom within Egyptian society, encouraging girls and ladies to get their political, social and legal rights through achieving the following goals: 1) Empower women to defend their political, legal, and social rights. 2) Raise awareness of women’s political status and the importance of activating their role within Egyptian society. 3) Build a strong front of female lawyers who are qualified and involved in both political and public life. 4) Raise awareness of the international conventions and instruments protecting human, particularly women’s, rights in order to change the culture of the community. AEFL’s policies for working are as follows: Provide services for women in general and female lawyers in particular within the Lawyers Syndicate and its branches in five governorates (Giza, Beni Swif, El-Manya, Qena, and Aswan). These services will ensure women’s freedom from gender discrimination, regardless of the economic, political, social conditions that they are living in. AEFL believes in a woman’s right to hold any organizational position, as stated in their developmental and human rights plans. AEFL’s work focuses on the principle of transparency for better performance and permanent success and superiority. Members of AEFL: The General Assembly of AFFL is 96 female members representatives from five governorates (Giza, Beni Swif, El-Manya, Qena, Aswan). Board of Directors: AEFL has a Board of Directors which includes 9 female members representing five governorates (Giza, Beni Swif, El-Manya, Qena, and Aswan). Internal Administration of AEFL: AEFL has a guideline of policies and procedures, which organize and guide the administrative and financial work within the association, the relation between manger and executive directors, and the relationship between the association and other organizations.
Mission and Objectives

Mission: AEFL works towards spreading the values of gender equality, justice, and freedom within Egyptian society, encouraging girls and ladies to get their political, social and legal rights through achieving the following goals: 1) Empower women to defend their political, legal, and social rights. 2) Raise awareness of women’s political status and the importance of activating their role within Egyptian society. 3) Build a strong front of female lawyers who are qualified and involved in both political and public life. 4) Raise awareness of the international conventions and instruments protecting human, particularly women’s, rights in order to change the culture of the community